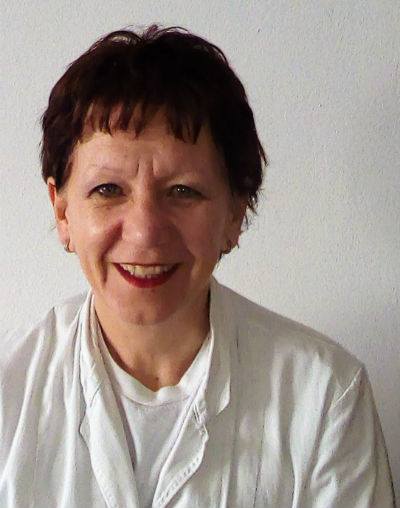 Graduated Physiotherapy at the ‘Višoj medicinskoj školi’ in Sarajevo in 1987. As the war in Bosnia and Herzegovina began, she worked as a surgical nurse from 1992 to 1995 in the war hospitals in Bugojno, Mostar and Prozor-Rama.

In 1997 she got a diploma in Occupational therapy at Queens University in Kingston, Canada. For the needs of the Association for disabled children and young adults ‘Leptir’ in Bugojno, and as a member of the Executive Board , she received a diploma in Horticultural therapy.

In 2018 graduated from Hrvatska akademija osteopatije (Croatian Academy of Osteopathy) and awarded with Diane Laflamme award for the promotion of Osteopathy and personal efforts during the study of Osteopathy.

She works full time as a Physiotherapist in ‘Dom zdravlja’, Bugojno, at the Department for Physical Medicine and Rehabilitation.

Since 2018 she has a private Osteopathy practice in Bugojno and as the only Osteopath in Bosnia and Herzegovina she is trying to present Osteopathy in this part of Europe.